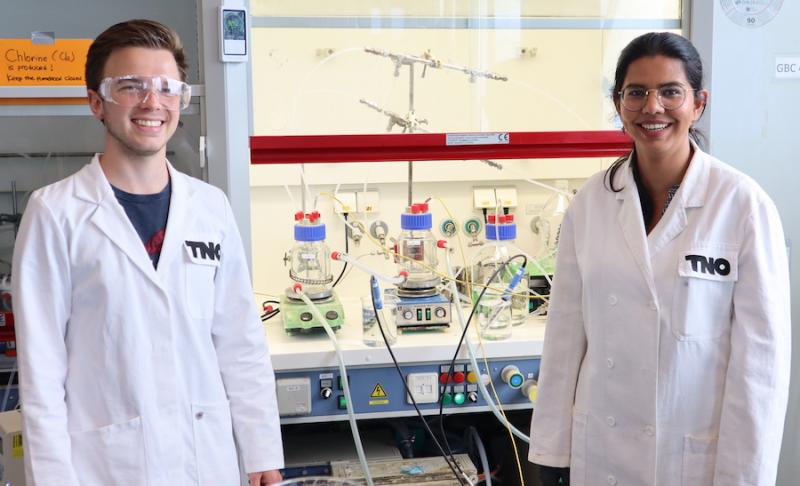 Carbon dioxide (CO2) capture with aqueous amine solvents is a well-researched and tested technology that has great potential to support climate goals. However, amine degradation is a major hurdle in large-scale implementation of post combustion carbon capture systems. The presence of various impurities, such as oxygen, NOx and SOx, leads to several irreversible reactions with amines. This leads to the formation and accumulation of undesirable products in the solvents.

A consequence of these accumulating “side products” is reduced capture capacity, adverse effects on equipment, increased difficulty associated with plant operation and overall increased costs with solvent management. At the TNO laboratories in Delft, my TNO colleague Melvin Kruijne, Researcher, and I have been focussed on reducing the cost of CO2 capture by combatting oxidative degradation.

Over the years, some control strategies have been proposed to combat oxidative degradation of amines. These include the use of inhibitors to scavenge the oxygen in the solvent and using nitrogen sparging to remove oxygen. At TNO, we have developed and patented DORA (Dissolved Oxygen Removal Apparatus), an oxygen removal strategy using membranes. The technology involves the use of membranes with either a scavenger or carrier gas to remove dissolved oxygen from an amine solvent.

I presented our work on the techno-economic performance of DORA at the eleventh edition of the Trondheim Carbon Capture and Storage conference on 22 June. We discussed various DORA testing campaigns using different membranes and flue gas sources.

The first DORA campaign used a commercial porous membrane in combination with TNO’s mobile capture facility, the Miniplant. These tests used both artificial and real flue gas. In both campaigns, we found that the levels of degradation products like ammonia, formate, acetate and oxalate stabilised when DORA was online and increased dramatically when the DORA was offline. These testing campaigns prove that DORA is an effective tool that can control oxidative degradation of amines.

During the aforementioned testing campaigns, we found that the membrane lost effectiveness over time. Upon investigation, we attributed this loss of efficiency to amine leakages through the membrane pores. With this in mind, we decided to further develop the membranes. A porous membrane with a commercial dense layer coating developed by NTNU was tested at TNO’s laboratories. During this testing we found that this membrane not only removed significant amounts of oxygen but was also more stable for longer periods of time. The dense layer membrane is now being further tested by us at TNO’s laboratories for optimal operation.

DORA was also developed as a solvent independent strategy with the aim that it can be used as a solvent management strategy irrespective of the solvent system. To prove this independent nature of DORA, we tested the dense layer membrane with 30 wt% monoethanolamine (MEA) and CESAR1, and a blend of AMP (2-amino-2-methyl-1-propanol) and PZ (piperazine). DORA removed oxygen from both solvents thereby demonstrating that it can limit the extent of oxidative degradation in different solvents. These tests prove the solvent independent nature of the DORA, and we will also perform tests with more solvents and blends to further demonstrate and understand the impact of DORA on solvent degradation.

To understand the economic impact of DORA, we decided to develop an economic model for a hypothetical amine-based CO2 capture plant. As thermal reclaiming is a well-tested existing solvent management strategy, we chose it as the base case. Solvent management costs for thermal reclaiming were determined based on existing data from pilots and from costs reported in the now concluded ALIGN-CCUS project.

Key cost components include the cost of solvent replacement, energy costs for operation of the reclaimer and waste handling. We then assumed that DORA was integrated in the plant and removing oxygen, thereby reducing the extent of solvent degradation. As a result there were fewer undesirable products in the solvent and this reduced the extent of thermal reclaiming needed. In this analysis, we found that the integration of DORA can reduce the cost of thermal reclaiming by up to 70% for 30wt% MEA and CESAR1.

DORA with a commercial porous membrane has been successfully demonstrated at TRL6. The technology will be demonstrated at TRL7 for the first time at a waste-to-energy facility in The Netherlands this year. Further development of the dense layer membrane will include optimisation on operating conditions, testing with more solvent systems and evolution of the techno-economic model.

Solvent degradation in the frame at GHGT-15 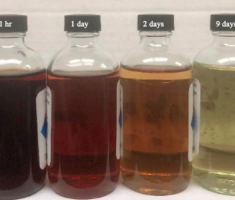 25/03/2021
LAUNCH project partners in Germany and the USA present research from their latest test campaigns.
Read more about Solvent degradation in the frame at GHGT-15
View All News 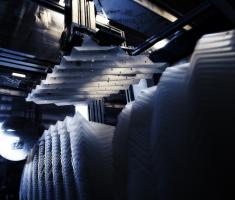