The main objective of WP6 is a techno-economic evaluation that categorises a number of solvent degradation control options, highlighting the optimum concepts against the agreed benchmarks. This will contribute to the acceleration and maturation of capture technology with respect to solvent degradation management. WP6 will also determine the cost of solvent development based on results from the LAUNCH solvent qualification programme.

WP6 work is divided into 2 tasks: 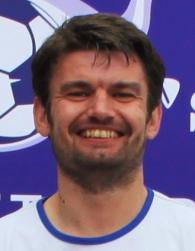 Coordinator Name: Jonathan Slater
Coordinator Job Role: Principal Engineer CCUS, Doosan Babcock
Jonathan Slater is a Principal Engineer CCUS at Doosan Babcock. He graduated from the University of Nottingham in 2003 with a BEng (Hons) in chemical engineering and joined Doosan Babcock in 2005. He is a Chartered Engineer and Corporate Member of the Institution of Chemical Engineers. He has worked on numerous post combustion carbon capture projects as a process engineer specialising in process modelling of the carbon capture process and producing datasheets and associated calculations for main plant items. He has performed these tasks for several carbon capture FEED studies and the CCPilot100+ demonstration project. He also acted as test co-coordinator of the parametric test programme at the CCPilot100+. Jonathan has acted as the Process Lead for a number of US DOE-funded collaborative projects in both post combustion capture and oxyfuel combustion. One such project investigated carbon capture through utilisation of an enzyme enhanced solvent in which the key deliverables included a techno-economic assessment and an environmental, health and safety assessment of the process.

More About the Project

The primary objective of the LAUNCH project is to accelerate the implementation of CO2 capture across the energy and industry sectors by developing novel solvents and establishing a fast-track, cost-effective de-risking mechanism to predict and control degradation of capture solvents.
View Objectives

The LAUNCH project will deliver the necessary knowledge and tools to allow CO2 capture plants to operate in a more controlled and cost-efficient way. The project will also provide solvent developers with the tools to assist in designing and validating novel solvents. By avoiding uncontrolled build-up of degradation products, LAUNCH will improve the performance and economics of CO2 capture.
View Outcomes