Blog: The science behind LAUNCH’s focus on capture solvents 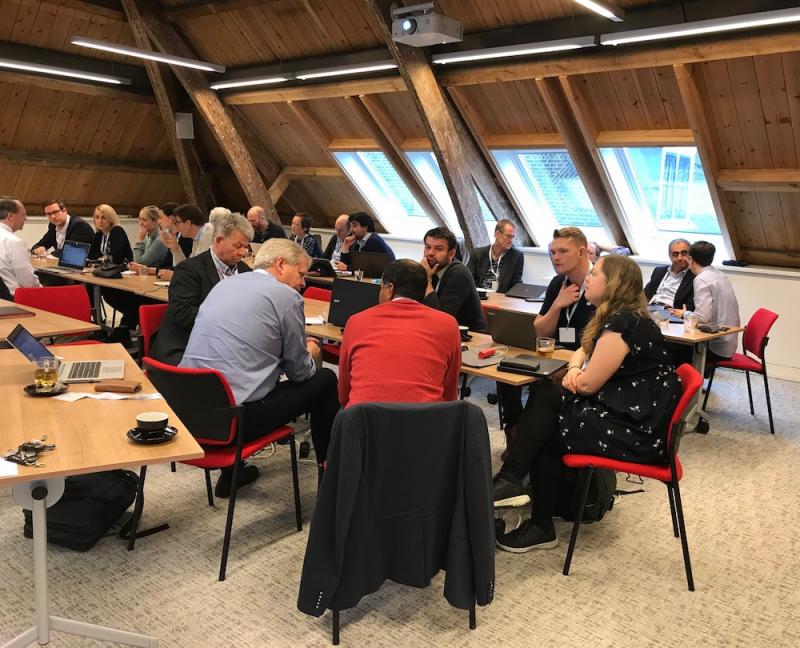 The beginning of a new project can be a heady time, the jubilation of securing funding giving way to the nuts and bolts of actual research.

For the LAUNCH project, it has been particularly exciting as it picks up an important thread from the ALIGN-CCUS project – controlling the degradation of CO2 capture solvents used in post-combustion capture plants – and helps move the technology closer to commercial reality.

Specifically, findings from LAUNCH will support the development of safe and cost-effective carbon capture technology that can be used by different industry sectors.

TNO is leading the project, which includes experts from across Europe and the USA; six project partners from academia and four from industry. I joined the kick-off meeting in Delft, in the Netherlands, late last year, where the leaders of six interconnected work packages (WPs) outlined their aims and methodology.

One participant described the assembled company (with one obvious exception being myself) as “the best brains on solvent degradation in the world”. It’s my job to make sure their combined results are shared with stakeholders as an essential contribution to industry’s efforts to decarbonise.

While our website provides a good overview of the project and what the individual work packages will tackle, nothing beats hearing the science from those who will be undertaking it. So, I was glad to be in the room as the work programme was described in more detail.

Effectively, LAUNCH involves separate yet complementary – and, in some cases, slightly overlapping – areas of research spread over three years.  WPs 1, 2 and 3 involve methodologies and models that predict the behaviour of solvents and thereby give clues to their management.

For example, WP2 will consider the role of contaminants, such as oxygen, nitrogen dioxide and iron, which appear to cause solvent degradation, and develop ways to remove them.  Why might this be important? At commercial scale, there is a significant cost benefit to project developers if larger volumes of solvents can be recovered and re-used.

And this all feeds into WPs 4 and 5, the development and demonstration of the so-called LAUNCH solvent qualification programme, using four bespoke test rigs at: RWE’s pilot plant in Niederaussem, Germany; AVR’s waste incineration in Duiven, in the Netherlands; the National Carbon Capture Center, Alabama, in the USA; and the PACT test facility, at the University of Sheffield, in the UK.

As the partners explained during the meeting, their work will aim to accelerate the degradation of solvents in order to obtain meaningful results for industry and guide the development of necessary countermeasures.

Last but by no means least is WP6, which will conduct a detailed techno-economic evaluation against a set of agreed benchmarks. This will consider not only the cost of the solvents themselves but issues such as environmental impact and energy usage.

While the meeting was an eye-opener for me, I suspect that the months ahead will be even more enlightening.

To find out more about individual work packages, explore the project website: 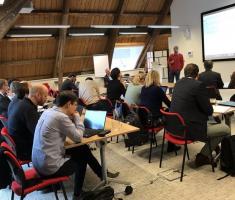 10/12/2019
The LAUNCH project partners follow up November's kick-off event by unveiling the project's dedicated website, an accessible hub for all news, information and activities about the project.
Read more about LAUNCH follows kick-off with unveiling of project website
View All News 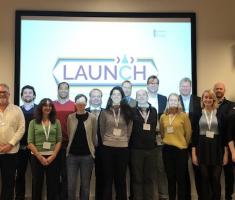